So you’re traveling to D.C. and you want to experience the political side of things in the capitol? Here are some recommendations:

The U.S. Capitol Building, home to the United States Senate and the House of Representatives, is a fantastic place to visit.  This building, one of the largest in the city, takes a little extra effort to visit but is absolutely free. If you do a tour through the Capitol Visitors Center, you can see an intro movie before moving through the Capitol Building.  The rotunda, one of the most famous sights in the city, is always awe-inspiring to walk into. There are other ways to schedule a visit, too. If you live in the United States, you can schedule a tour through the office of your U.S. Senator or Representative, and a staff member can give you a tour.  Furthermore, you can contact one of those offices to get gallery passes for the Senate and House chambers, and watch D.C.’s lawmakers debate and take action live in person. The Capitol building is definitely worth the extra effort to visit, and you should check it out if you get a chance. Do know this, when you visit you will have to go through airport-style security and there are tight restrictions on what you can bring in, so it will take extra time to get inside the building and you may have to leave some of your things in your hotel or home.

The White House is the most difficult of these to get a tour with. I have not had a chance to do so, personally, yet. Getting a tour is a bit of a complicated process. You have to go through your congressional representatives, either senators or members of the United States House of Representatives. After you contact their offices, tours can be arranged. However, it can still be challenging to schedule tours and it must be done well in advance. Tours are limited in availability and, as there are many things scheduled at the White House, it is hard to find available times.

When you go for a tour, you will go through some of the most intense security of anywhere in the city. Make sure to read up on what you are allowed to bring in with you, and arrive with plenty of time to spare to go through security.

I cannot give too many details of what the tours are like, as they vary from year to year and I have not yet gone there myself, but they are supposed to be pretty cool.

Do be aware, if you schedule a tour with the White House it is always a possibility that it will be canceled, due to something coming up with security or other events.

You can get tours of the Supreme Court, which is one of the only ways to see the interior. During sessions, there is no live broadcast or video recording. Audio recordings are usually released much later than the oral arguments, but no video. Because of this, most people have only seen what the Supreme Court looks like through television or movies.

Additionally, if your timing is good and you enjoy watching legal proceedings, you can watch the oral arguments in person. This is also free, but you have to get there at specific times and the cases are not always interesting. However, if this suits your interests you can be there in person to watch history unfold in front of you.

The Pentagon is not the easiest place in the city to get a tour with, but they do regularly conduct tours. You have to register in advance for a guided tour, as self-guided tours are only available if you know someone that both works there and has escort privileges. However, as long as you register far enough in advance (tours are limited and fill up quickly and you have to register only within a window of 90 days in advance to two weeks out), you can take a tour.

When you go for a tour at the Pentagon, make sure you arrive very early for the tour (half an hour to an hour is recommended). After going through full, airport-style security, you will wait in an area with a gift shop and photo opportunities. Your tour will be announced by honor guards from a branch of the military, and then you proceed into the tour.

The tour itself is about forty five minutes to an hour. It is led by two honor guards from a branch of the military. The leader of the tour will stand in front, walk backward (Which is quite impressive), and give speeches about the building and the branches of the military. It is a very rushed tour, and you will not have time to read the plaques on the walls, but it is a cool experience. Be warned, it is very strict about the rules of following your tour guide and avoiding electronics. It is not recommended to do the tour if you have mobility issues, as they keep you walking almost the entire time. 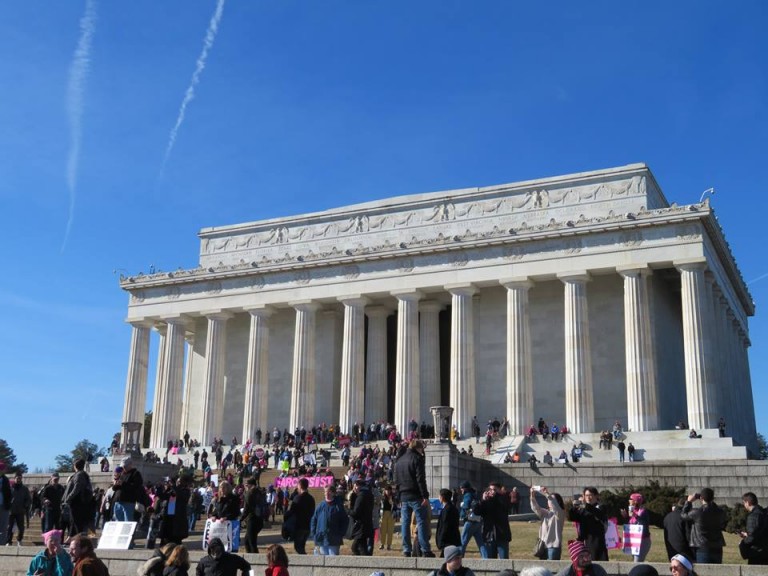